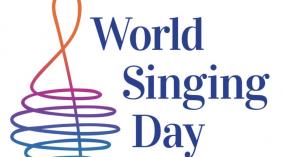 The Resonants, directed by Helen Swan (a well known musician and music educator in Canberra), is an independent, non-profit ensemble of young professionals and university students who came together through a common love of choral music. 2009 was the twentieth year of the choir, and a celebratory concert was held in November 2009 to pay tribute to the Resonants' first 20 years. The choir regularly presents its own concerts, as well as performing with other artists. They are often invited to sing as special guests at embassy receptions, exhibition openings and cultural festivals, and have successfully competed in numerous eisteddfods in Canberra and the region, including winning the ACT state final of ABC Classic FM's inaugural Choir of the Year Competition in 2006. The Resonants sing a variety of styles of music, from different periods and in different languages. Madrigals, spirituals, jazz, contemporary - they are all part of the Resonants reportoire. Whilst being most interested in a cappella choral music, the choir also sings with a range of different accompaniments including piano, chamber orchestra, brass ensemble and organ. The Resonants have collaborated with and held combined concerts with a number of other reknowned Canberra musicians over the years, including Nicole Canham, Anthony Smith, Louise Page, Phillipa Candy, Guitar Trek, The Idea of North and others. The Resonants perform regularly in Canberra and the surrounding region and have an excellent reputation for polished & professional performances. Our concerts have been recorded and played on ABC Classic FM and ArtSound FM radio stations along with tracks from our three CDs. Reviews have been written about us in The Canberra Times and we have appeared on Win TV and ABC TV's Stateline. The Resonants also aim to perform at least one event each year where the proceeds are donated to a local or national charity of the group's choice, or we are invited by charitable organisations to participate in their program. As an example, we started 2005 by organising the Canberra Musicians' Tsunami Concert on Saturday 26 February. Together with the Canberra Girls' Grammar School, well-known Canberra musicians such as soprano Louise Page, pianist Robert Schmidli and the Oriana Chorale, and the support of the local community, we raised over $7000, all of which was donated to the Australian Red Cross Asian Quake and Tsunami Appeal.